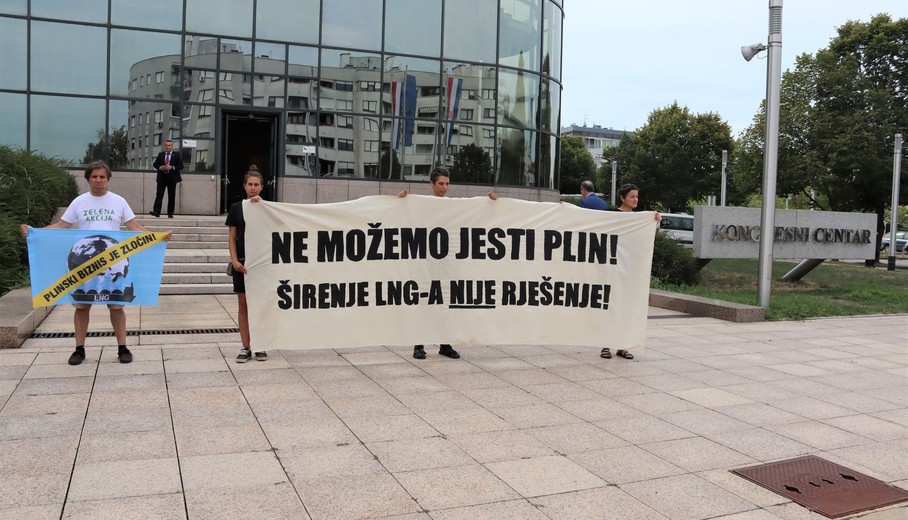 The 180 million euros of taxpayers' money, earmarked for the expansion of the Krk LNG terminal, should be channeled into renewable energy sources, energy savings and direct assistance to citizens to alleviate the current crisis.

This is the message that the activists of Zelena akcija/FoE Croatia sent today ahead of the session of the Government of the Republic of Croatia. In front of the National and University Library in Zagreb, they put up a banner with the inscription We can't eat gas! Expansion of LNG is not the solution!.

"Instead of seising the opportunity and going on the right path that will provide a better life for people in this country, the government has chosen a direction focused exclusively on fossil fuels and the profits of the gas industry", said Marija Mileta from Zelena akcija. 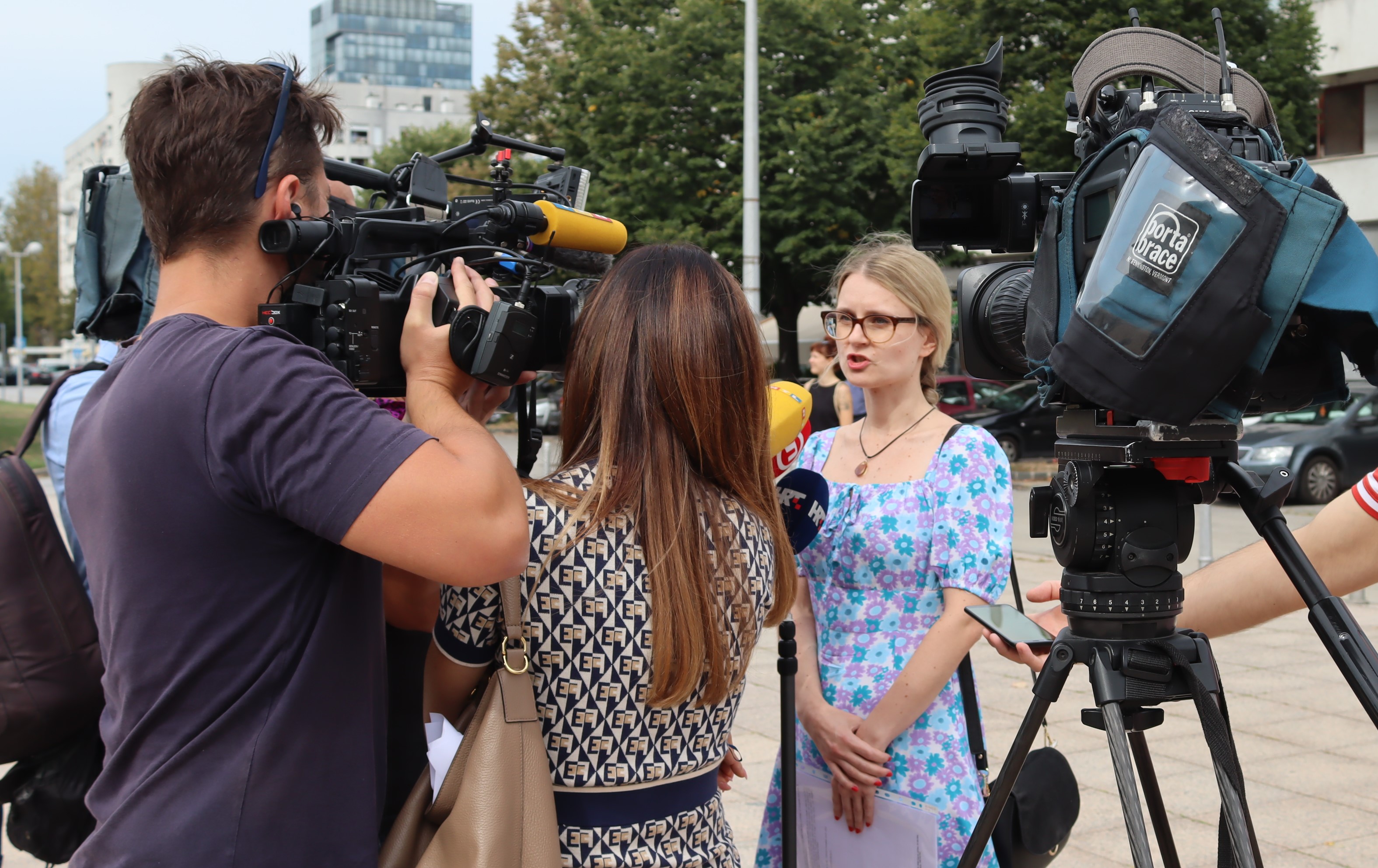 The LNG terminal is not a short-term or long-term solution to the energy crisis. It will not "save" us this winter, and probably not even next, because it takes about a year and a half to implement its expansion. In the long term, it is harmful and unprofitable to invest in fossil fuel infrastructure in view of the climate crisis, the mitigation of which is urgent. "The government is deceiving the public by saying that the LNG terminal will "save us" because the current lease of the terminal by Croatian companies, HEP and INA, meets only 18 percent of Croatian needs", Mileta explained.

Additionally, the main purpose of this terminal is to supply gas to other countries such as Hungary, Slovenia and Slovakia, as Minister Filipović himself said. "But what about the inhabitants of Croatia? What direct benefit did we get from this terminal? It is certain, according to experts, that the price of gas will not fall", Mileta said.

The huge amount of money planned for the expansion of the terminal, partly from the state budget, should be channeled into real solutions for energy independence, such as renewable energy sources, green technologies that can more quickly replace gas for heating, as well as energy saving measures. "We have to move away from Russian fossil fuels, that's clear, but also from all others because of the climate crisis. And replacing one source with another does not mean independence because we are still dependent on someone", Mileta explained. 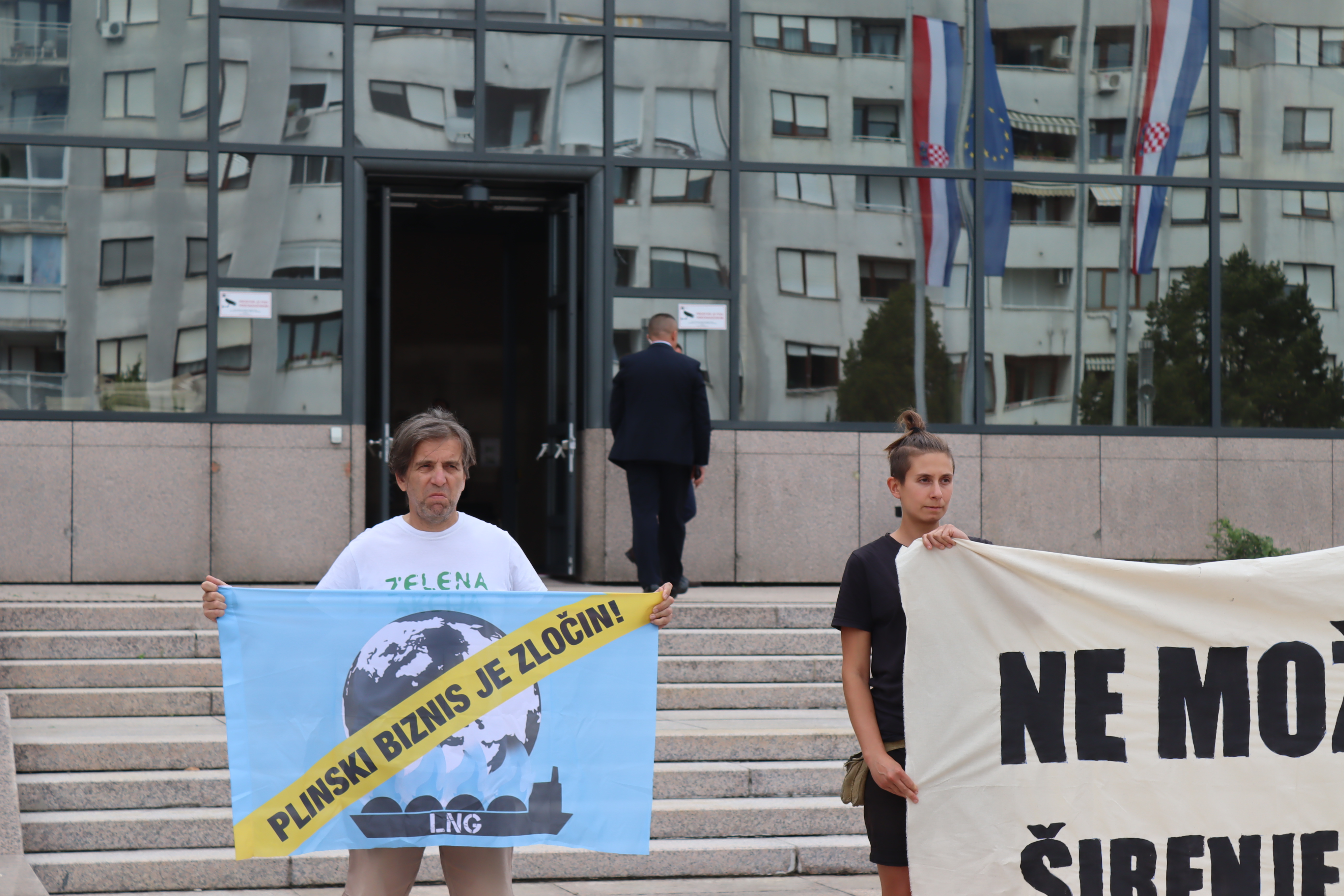 The European Commission's new plan for abandoning the import of oil and gas from Russia, the so-called RePower EU, from which Croatia plans to finance part of the terminal expansion, foresees 300 billion euros for the whole of Europe, primarily for renewable energy sources. "Almost none of the Government's announcements mention investments in renewable energy sources from the Commission's new Plan, but are exclusively focused on the LNG terminal and the expansion of gas pipelines", Mileta commented, adding: "It is tragic that the Government is using this energy crisis for alleged and questionable profit , while, for example, the Spanish government taxes the companies that profit from the energy crisis in order to subsidise public transport".

In the current chaotic state where the Government, allegedly, does not know what is happening in the state-owned company INA, it is hard to believe they will get us out of the crisis. "Currently, Croatia is not nearly the main tenant of the LNG terminal, nor does it meet the needs of the entire country, and the Government wants to double its capacity. But the question is for whom and at what cost - climatic, economic and human?", Mileta concluded. 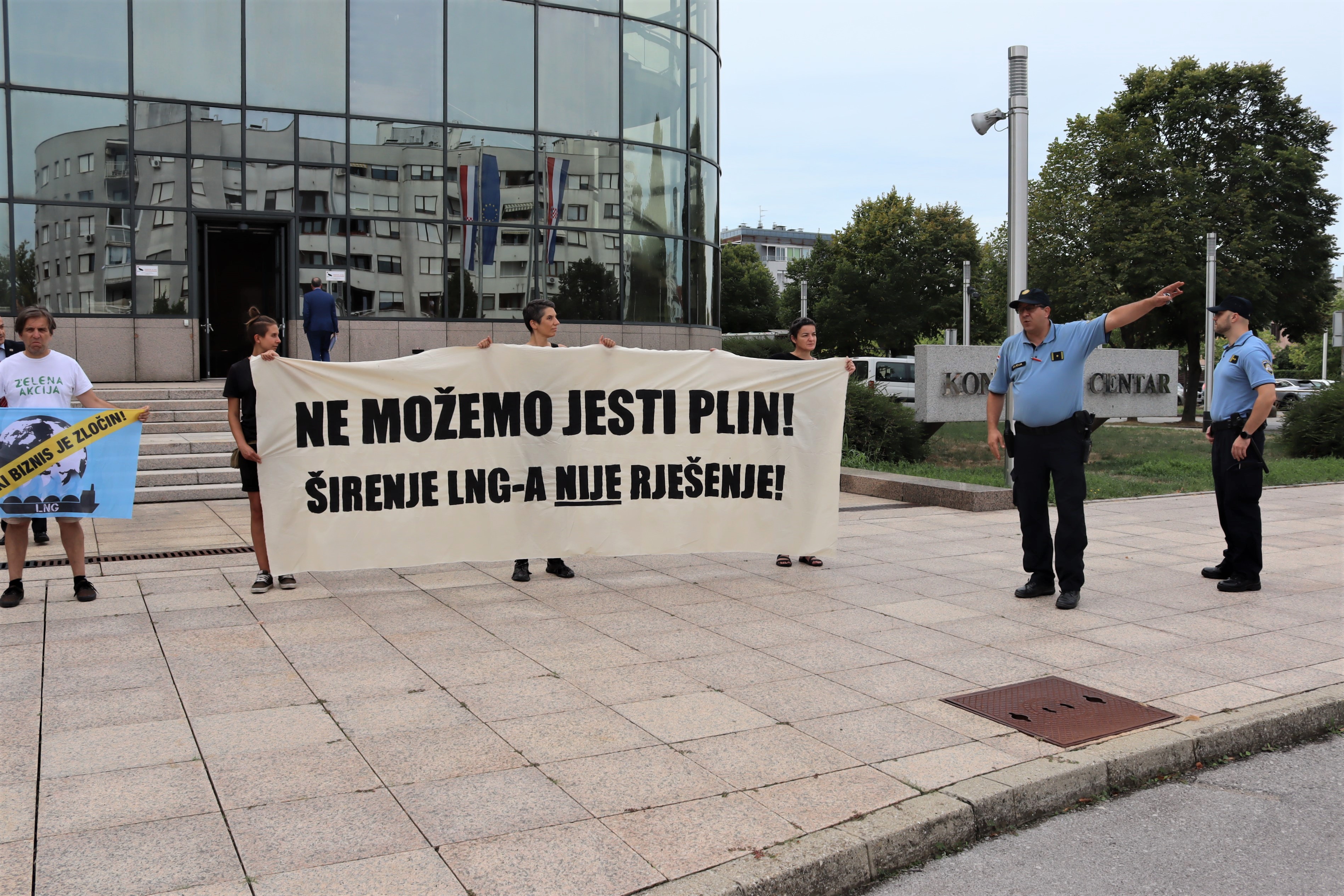