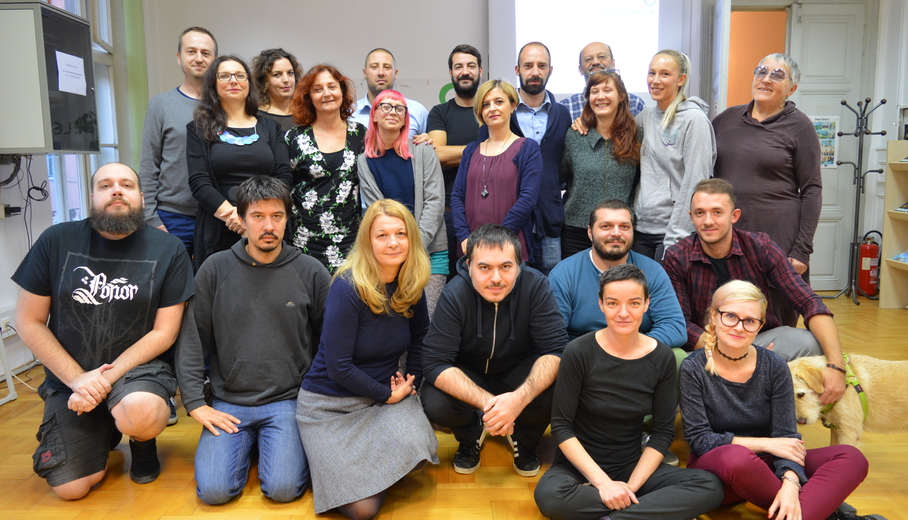 The Assembly is the highest body of Zelena akcija (ZA)/FoE Croatia which consists of all members. At the meeting of the Assembly (at least once a year) the previous work is evaluated and the main decisions for the next year and further work are made. The Assembly elects members of all other ZA bodies.

It acts as an advisory body to the Assembly and the Steering Board. It consists of a group of fifteen experts and scientists who meet several times a year and support the work of other ZA bodies and programs with their proposals and criticisms.

Members of the ZA Council are:

Honorary members of the ZA Council:

Supervises the material and financial operations of ZA. It consists of three members who are volunteers, and they are: Mirela Travar, Sven Janovski and Ivan Novosel. The Supervisory Board also assists in resolving possible conflicts within ZA.

Based on its strategic goals, FoE Croatia designs projects and programs to apply for various tenders and public calls from international institutions (e.g. the European Commission), foreign donors and foundations (e.g. embassies, ministries) and domestic donors (e.g. the National Development Fund for Civil Society, ministries, local governments). We publish each approved donation and donor name in our annual reports and conduct an independent external audit.

FoE Croatia is also a so-called Knowledge Center in the field of environmental protection, sustainable development and the use of renewable energy sources within the Development Cooperation with the National Foundation for Civil Society Development. Knowledge Centers for social development include civil society organisations that have demonstrated their quality and profile of action through institutional, organisational and program development, high level of networking in their field and / or involvement of volunteers and citizens in their activities, expertise through research and quality models of knowledge transfer in Croatia and through international development assistance. The National Foundation conducted the process of selecting organisations that meet the described conditions through a call for tenders for the establishment of the development of cooperation in the field of knowledge centers for social development in the Republic of Croatia.

Also, one of our main organisational goals is the diversification of funding sources and the development of a system for collecting donations from citizens. This would allow us more freedom and time to dedicate ourselves to those environmental issues that we do not have time to deal with at the moment, which would further strengthen our work.

The financial resources that FoE Croatia has or currently has at its disposal have been contracted through competitive public tenders or invitations and are spent exclusively for intended purposes. In addition, every year a certified auditing company conducts an external financial audit of FoE Croatia, all for the purpose of transparency because we are responsible, above all, to the citizens in whose interest we act.

All information on FoE Croatia's operations is publicly available on our website.

Our activities depend on donations and volunteer involvement.

DONATE or if it suits you better, GET INVOLVED in our activities.

No problem, we'll remind you soon. Just send us the email address where you want to receive the reminder.