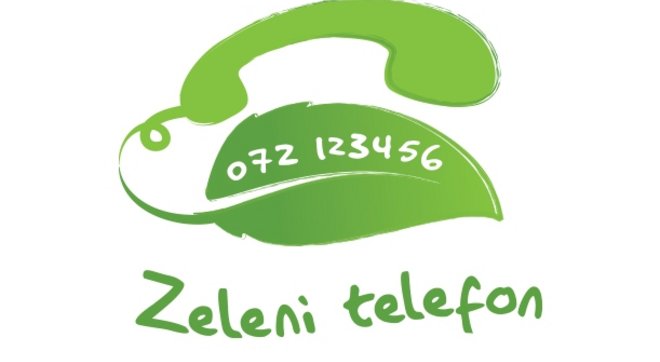 The Green Phone (GP) was established in 1992 to promote and facilitate public participation in solving local environmental problems.

The main activity is receiving reports from citizens about environmental problems from their neighborhood and solving these problems. Some of the larger campaigns of FoE Croatia have grown out of many of these reports, and GP has also an important role in supporting local initiatives.

In complex cases, the GP team is assisted by members of FoE Croatia and independent experts, the media are getting involved and / or campaigns are organised to force the relevant institutions to solve the problem.

The main goals are:

Since 1993, GP has been regularly funded by the City of Zagreb, whereby in 2009 the approved amount was HRK 330,500.00, and since 2010 the service has been financed with reduced funds in the amount of HRK 150,000.00, which covered half the overall cost of GP. In 2018, the funds were reduced again and amounted to only HRK 50,000.00 and in 2020 the financing of GP was completely cut, which we saw as a political decision to abolish this necessary service. For ten years, we have been asking for GP to be included as an item in the budget of the City of Zagreb, as a permanent annual donation, with the aim of protecting against further non-transparent political pressures and resolving the issue of GP's stability.

HOW THE GREEN PHONE WORKS

Apart from the usual and most common telephone communication, a large part of inquiries, which arrive within the GP, are processed by letter. With outgoing letters, we forward the reports and inquiries we received at GP to the competent services and institutions for resolution. In order to make it easier to find our way and determine which report to submit to the competent inspection, we have identified thirteen categories of environmental problems that citizens most often report to us. These are: construction, noise, soil, radiation, waste, traffic, miscellaneous, mining, forests, water, greenery, air and animals. Regarding the type of reported problems, we can state that since the beginning of GP's work, the problem of waste has been in the first place.

The devastation of green areas is the second most common reason why citizens call the Green Phone. As far as greenery is concerned, citizens are still disturbed by the felling of trees, whether planned or unplanned. They also often come with complaints about cars parked in green areas and any other destruction of greenery. As for the water category, citizens complain about polluted streams and rivers and the sewerage of streams. When it comes to the category of air, citizens most often complain about the burning of waste, cables, leaves and stench from chimneys. In the case of the radiation category, they mostly complain about the installation of mobile telephony base stations on the roofs of buildings. The remaining categories equally participate in the average total number of reports, except for the soil and mining categories.

In addition to answering the phone, more and more citizens come in person to FoE Croatia premises and also contact us by email, which means that they visit our website and are interested in our work.

According to our estimates, such a large number of citizens turn to the Green Phone for two reasons. The first reason is the loss in the sea of ​​institutions and inspections, which is why they often do not know who to turn to, especially when institutions start sending them from one address to another. The second reason is the fear that someone will be offended, so we also receive anonymous reports from citizens. Sometimes these are reports of people involved in illegal activities such as burying hazardous waste. All applications for GP are recorded in our digital database, which allows us to quickly connect new reports related to a particular case with similar reports that GP has previously received, resulting in faster resolution of reports. Problems are also reported by inspection services, and we treat such reports in the same way as when citizens report a problem.

It is also worth mentioning that in 1995 the State Environmental Protection Administration awarded the Green Phone recognition for its special contribution to environmental protection, and in 2001 the United States Agency for International Development awarded GP for its quality of work.

Since the beginning, we have organised a number of actions and round tables: