Plomin 1 coal plant must not be resurrected 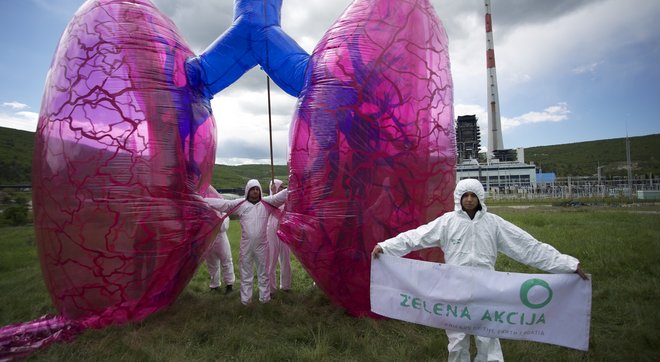 The Plomin 1 coal plant, on Croatia’s Istrian coast, is already 50 years old. In 2017 it closed due to a fire. Yet, the Croatian Ministry of Environmental Protection and Energy looks set to allow Plomin 1’s owner, HEP, to bring it back from the dead without even an environmental impact assessment.

The Plomin 1 coal power plant started work in 1969, back in the days when Croatia still had its own coal reserves. It was supposed to comply with EU pollution control regulations by the end of 2017 or close, under the terms of Croatia’s EU accession agreement. Being only 115 MW, it was hardly worth the investment, and so it was planned to close.

In reality, a fire got there first. In May 2017 the plant was seriously damaged and stopped working. Late that year the Ministry of Environmental Protection and Energy first announced that HEP, the Croatian state electricity company, had applied for an extension of the plant’s environmental permit and that it plans to extend the plant’s lifetime for another 15-20 years.   Croatian environmental groups Zelena akcija, Zelena Istra and Greenpeace Croatia argue that the plant is already closed and should not be raised from the dead.

But the Ministry is acting as if it is a functional plant that just needs its permit extended. Recently, it published a draft permit on its website for public comments, after which it will decide whether to go ahead with issuing a new permit.

Not even an environmental impact assessment has been carried out for the plant. In 2018 the expert background paper for the resurrection project claimed that it had, but it was actually referring to the study done for a completely different project, the now forgotten 500 MW Plomin C.

After environmental groups exposed this deception, the Ministry has now changed its story, saying that no environmental impact assessment needs to be done. This is based on the incorrect argument that the new project would automatically be better for the environment than the “existing” plant. But the existing plant is not operational, and thus not emitting pollutants, so the proposal would actually add new pollution compared to the current situation.

For this reason, if the Ministry goes ahead with issuing the environmental permit, we will have no other choice than to submit a lawsuit against the decision.

As well as coal’s climate impacts, air pollution from coal power plants has been demonstrated to cause premature deaths as well as respiratory diseases. Croatia, as a small economy with only two relatively small coal plants, is well-placed to speed up its energy transition but has so far dragged its feet instead of capitalising on this opportunity to bolster its clean, green image.