Invitation to panel discussion: “Gas is not a transition fuel” 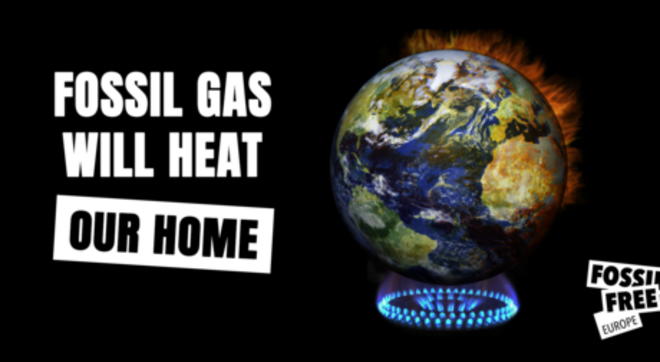 Zelena akcija/FoE Croatia invites you to the panel discussion "Gas is not a transition fuel" to be held on 27.11.2017. at 11:00 in Zelena akcija (Frankopanska 1, Zagreb).

A new scientific study by Tyndall Center for Climate Change Research from the University of Manchester and the Teesside University will be presented at the event. The study was commissioned by the Friends of the Earth Europe FoEE).

To determine if there are more space for gas in the European carbon budget, they have analyzed the compatibility of Europe's continued use of gas with the goals of the Paris Climate Change Agreement.

The results of the study will be presented by energy experts from FoEE who have also produced recommendations for decision-makers on gas and other fossil fuels in Europe.

The study was made before the publication of a new list (planned release on November 23, 2017) of at least 90 new gas infrastructure projects that the European Union is considering for public funding. Over the last three years, the EU has awarded more than a billion euros in public finance for gas projects. This list also includes gas projects in Croatia, including an LNG terminal planned on Krk. Therefore, one of the topics of the panel will also be the energy policy of Croatia.

Speakers on the panel:

The panel will be moderated by Marija Mileta from Zelena akcija. Registration is not required and the entry is free. Part of the presentations will be in English with the possibility of translation into Croatian.