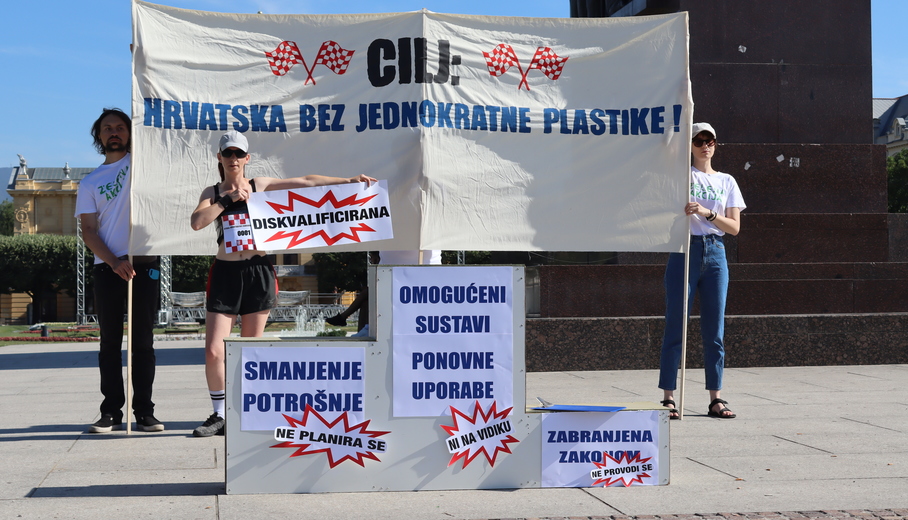 Zelena akcija/FoE Croatia is urging the Ministry of Economy and Sustainable Development to adopt more ambitious legislation that will prevent the appearance of prohibited disposable products on the market.

"We ask the Ministry to use ambitious legal provisions to make it impossible to manipulate the delivery of prohibited disposable products to the market, and to start a more serious fight against plastic pollution", said Ana-Marija Mileusnić from Zelena akcija.

This is the main message from today's performance at the Central Station in Zagreb, which this association organised as part of the "Plastic Free July" campaign. Activists held a simulation of a race with the goal of Croatia without single-use plastics. "We have symbolically "disqualified" the Ministry due to non-implementation of previous legal provisions, and lack of vision and ambition when transposing the Directive on single-use plastics into the Croatian legislation", Mileusnić explained. 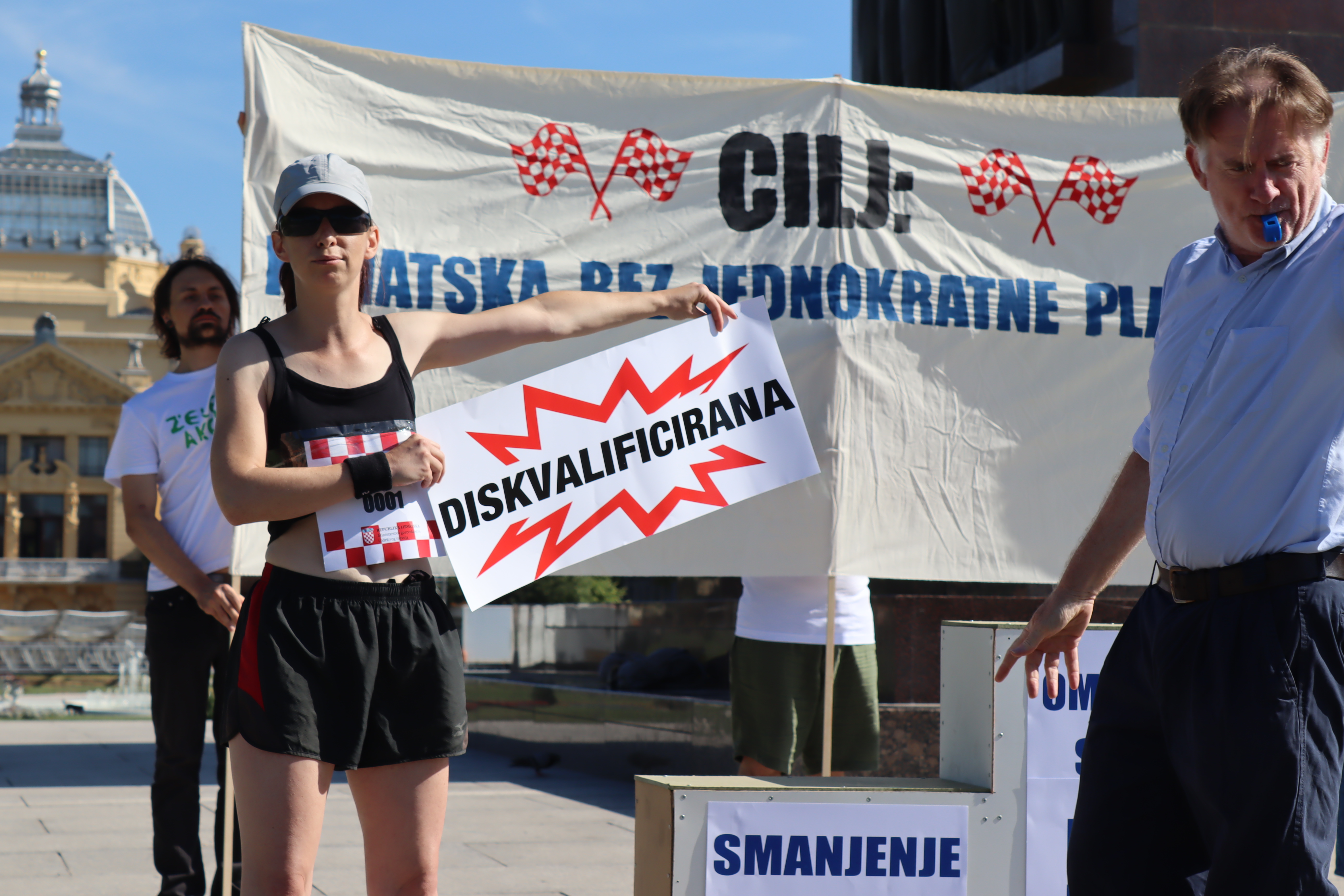 Namely, the vagueness of the Law allows retailers and restaurateurs to continue selling and sharing prohibited single-use plastic products, and manufacturers and distributors to manipulate their marketing without any sanctions. The result is that the ban is not enforced in practice, so single-use plastic products can still be found in numerous restaurants and shops throughout Croatia.

"Also, we invite the State Inspectorate to inspect producers and distributors instead of the current practice of supervising restaurateurs and retailers, to whom the ban essentially does not apply", Mileusnić said.

For years, Zelena akcija has been encouraging the Ministry to adopt measures that would place Croatia in a high place in the fight against plastic pollution in Europe. "However, their lack of vision, yielding to industry pressures and delays in regulations, have led to the fact that plastic will be piling up in another tourist season", Mileusnić concluded. 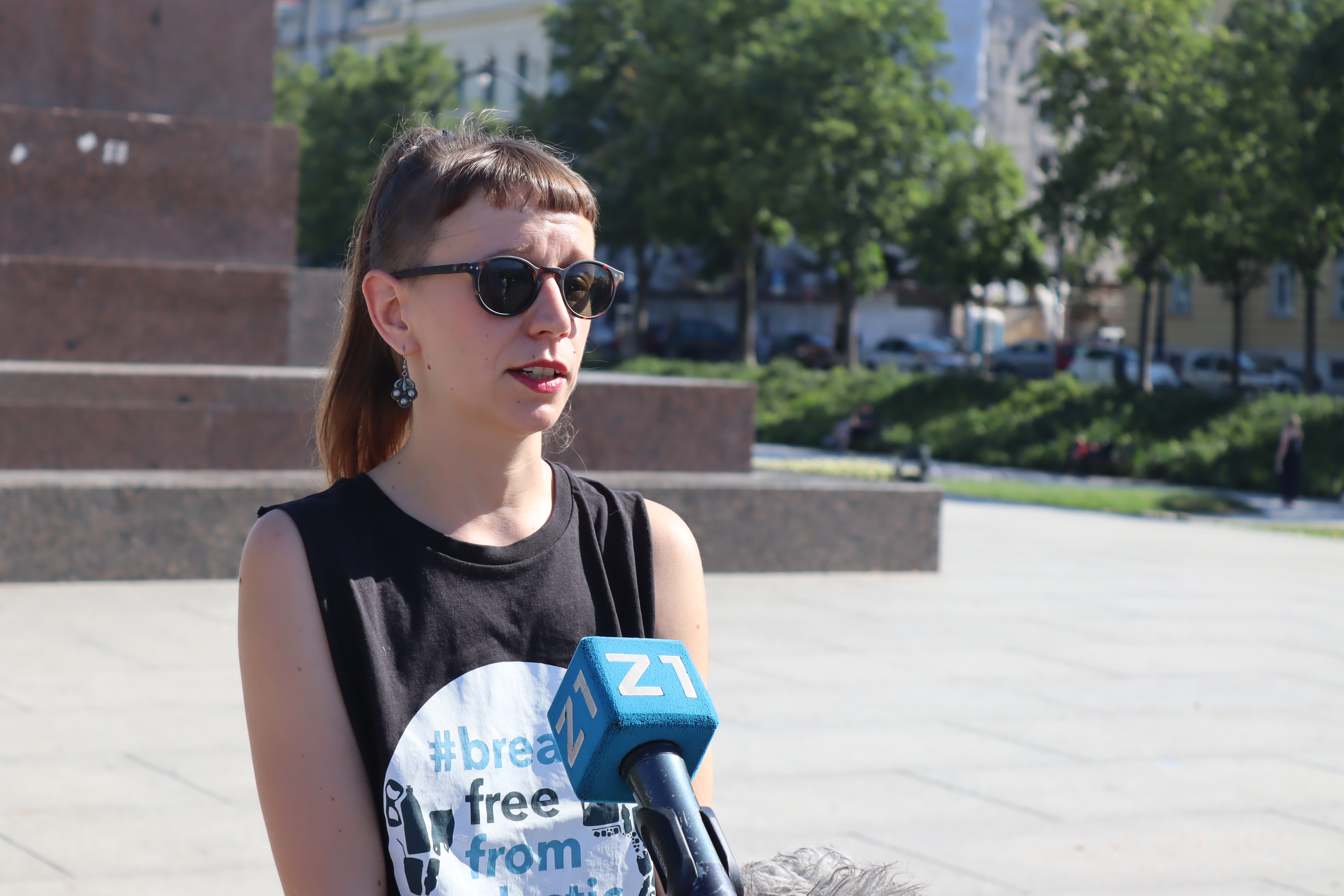 Zelena akcija invites the general public, including retailers and restaurateurs, to join the "Plastic Free July" campaign and turn to reuse in order to stop plastic pollution together. You will be able to find all the information about the campaign on Zelena akcija's website.

See the entire photo gallery from the action on Flickr.

NGOs to the Ministry: The time is ripe to solve the problem of single-use plastics! 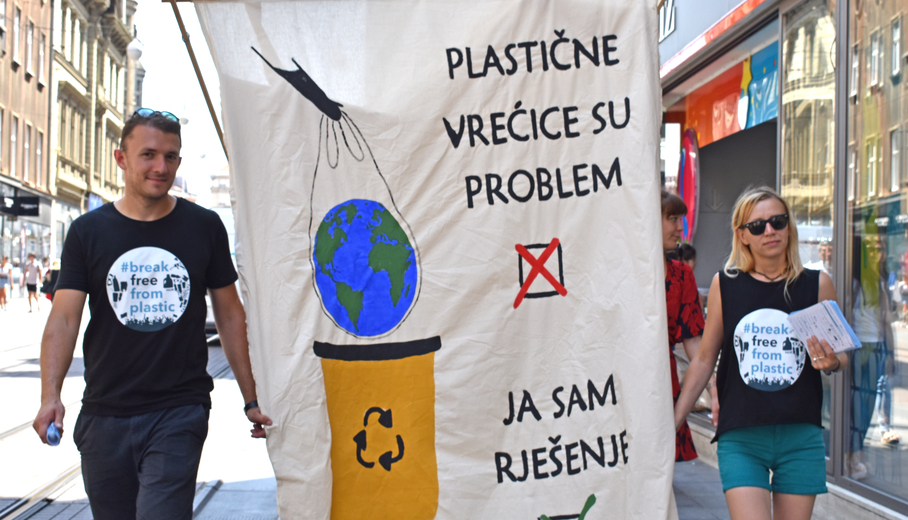